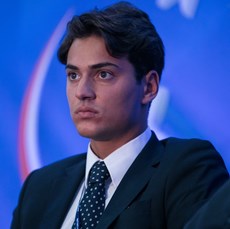 Emanuele Errichiello is in charge of the EU Observatory at the Centro Studi Internazionali (Centre for International Studies). After studying at the London School of Economics (LSE), he collaborated with several Italian and European research centres focusing on the role of the EU as an economic actor and its relations with Mediterranean Countries. He edited the latest edition of the volume "Introduction to International Relations" used in some of the main British and European universities. 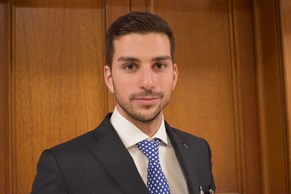 Jacopo Scipione is Head of Programmes and External Relations at Centro Studi Internazionali. After graduating in Law in Rome, he attained a Master Course in European Studies at the University of Parma, discussing his final thesis on the European legislative framework on Artificial Intelligence. In recent years, he has worked with several European organisations, such as the Union of European Federalists, GaragErasmus, and the Universidad Politécnica de Madrid.

The CIS representatives illustrated the five macro-areas on which the Centre has focused its attention, formulating specific proposals for each of them.

On economic governance, they pointed out that the 'sovereign debt crisis' of 2012-2013 was due to structural factors.

The CIS representatives shared the idea of including a golden rule, with a view to posing more emphasis on growth and spending. In this context, it is essential to strengthen the role of the Commission, the European Parliament and special national tax administrations in monitoring and assessing economic policies.

From a more strictly institutional point of view, they propose redesigning the decision-making process within European institutions, overcoming the right of veto through greater involvement of national parliaments.

They deem it necessary to ensure permanent instruments such as the Conference on the Future of Europe and the Digital Platform, in order to allow for constant exchange between transnational families of parties and citizens. The consolidation and relaunch of participatory instruments such as the European referendum and proposed citizens' initiatives should also be considered. This would strengthen the democratic circuit, primarily if it were possible to overcome the logic of electing the European Parliament on a purely national basis.

With regard to new technologies, they propose more investment, less bureaucratisation and modernisation of public administrations, as well as definition of guidelines for more transparent Artificial Intelligence.

With regard to sustainability, the emphasis should be on the concepts of circular economy and End of Waste. The solutions envisaged are: aid to businesses; greater cooperation between local agencies and the European Environment Agency; creating a European database for exchange of information; establishing a European bank for climate and sustainable development.

With regard to external action, the CSI proposes a review of the integrated approach to conflicts and crises and a strengthened mediation role of the EU in international affairs, as exemplified by the current handling of the Iranian crisis.