Undersecretary Amendola at The State of the Union: Unity is the only way forward for next generations 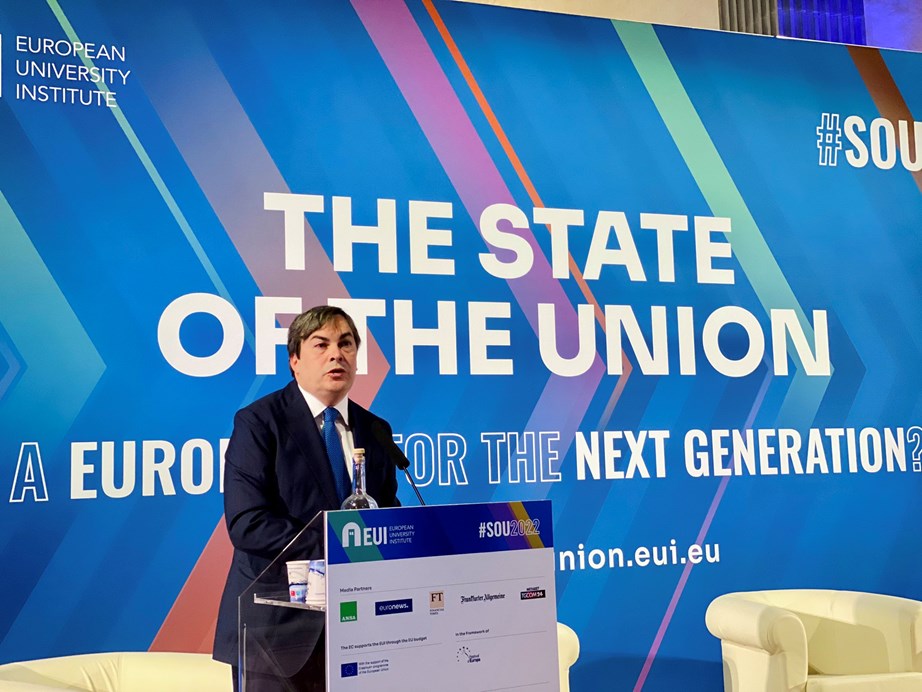 "Europe is questioning the way forward, at a time of crisis and deep uncertainty for the fate of the whole world. The unity of the 27 was the keystone that brought us out of the twists and turns of a terrible pandemic, whose deaths will remain etched in the memory of Europe's history. Together, we reacted then with Next Generation EU. And even today, when the war in Ukraine is putting Europeans to a further, decisive test, our path must be unity in order to achieve, one day, a United States of Europe. This is how Vincenzo Amendola, Undersecretary for European Affairs, opened the twelfth edition of 'The State of the Union' appointment at Badia Fiesolana.

"Only through common decisions in the field of foreign policy, energy and security, will Europe rely on the right tools to carry weight in the international arena. It is only by reaffirming its values of democracy and the rule of law, justice and solidarity in the field of migration, that Europe will be able to emerge victorious."

"This is why the contribution of the debates that will take place during this edition of the 'State of the Union' will be more important than ever. Never before has Europe been so boldly called upon to make a qualitative leap forward for its own future and that of the next generations of European citizens.”