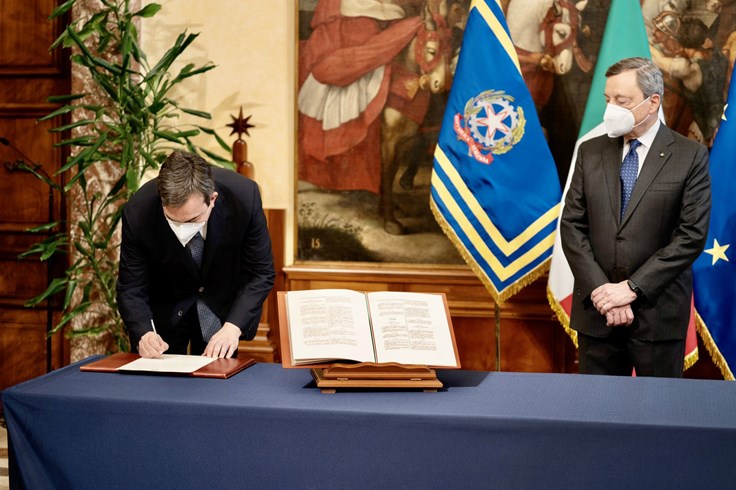 Vincenzo Amendola has been Undersecretary for European Affairs since 24 February 2021.

Born in Naples on 22 December 1973, in 1998 Vincenzo Amendola was entrusted with the Foreign Affairs Department of the “Sinistra Giovanile” ("Youth Left") Movement and was designated vice president of the International Union of Socialist Youth (IUSY), to then become Secretary-General in 2001. Member of the Socialist International Presidium and Executive Board, he participated as a delegate in the most relevant international fora, ranging from the Council of Europe to the World Social Forum.

In 2009 he joined the National Secretariat of the Democratic Party, in charge of coordinating the Conference of Regional Secretaries. In March 2013, he was elected to the Chamber of Deputies. As a member of the Parliament, he became the Party's group leader to the Committee on Foreign and EU Affairs and a parliamentary delegate to the Organization for Security and Co-operation in Europe (OSCE).

In June 2013, he was confirmed coordinator of the Conference of Regional Secretaries for the Democratic Party, and, in September 2014, as a member of the PD national secretariat, he became in charge of Foreign and European Affairs and Relations with the European Socialist Party.

From January 2016 to June 2018 Vincenzo Amendola served as Undersecretary for Foreign Affairs and International Cooperation, and was Minister for European Affairs from 5 September 2019 to 13 February 2021.